Today I have Cynthia T. Toney, author of the "Bird Face" series with us today to discuss how she started writing, as well as the first two releases of her series, 8 Notes to a Nobody and 10 Steps to Girlfriend Status. 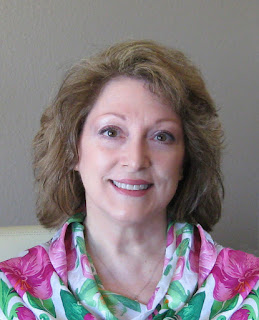 Cynthia, welcome to Deborah Deetales. It's great to have you here. To start things off, please tell us why and how you started writing.

Thanks for inviting me, Deborah. I tried different types of writing as an adult—advertising and marketing copy, greeting cards, and nonfiction articles. The writing bug latched onto me with its teeth and wouldn’t let go until it convinced me that I should tell a story.

Did you make a conscious decision to write for teen readers or did it just happen gradually? Tell us something about that.

When I decided to write fiction, it had to be a novel for young people. There was so much I wanted to show pre-teens and teens about how wonderful and powerful God made them. They have the ability to overcome adversity and help shape their own lives. But I knew I couldn’t lecture them. I had use story to entertain while I demonstrated through the characters’ actions how they could react to, work through, and possibly overcome life’s problems.

You have two books out now in the Bird Face series, 8 Notes to a Nobody and 10 Steps to Girlfriend Status. Can you tell us something about each?

In 8 Notes to a Nobody, originally titled Bird Face, shy Wendy discovers that most of her peers have problems, some of them hiding serious ones. The reader sees different characters react differently to similar problems, with very different results. I hope it helps young people understand to think carefully before they make some of the choices they make and to seek help for their problems. The mystery element in this story involves anonymous sticky-note messages and leads to a special relationship for Wendy.

10 Steps to Girlfriend Status may sound like a teen romance, but there’s much more to it than that. Wendy is now in high school. Two boys are interested in her: David, from the first story, and Sam, the hearing-impaired grandson of Wendy’s surrogate grandmother, Mrs. Villaturo. Her friendships with both boys and the start of an innocent romance show girls that it’s best to get to know boys as people and friends first. At the same time, Wendy discovers that Mrs. Villaturo suffers from Alzheimer’s, and she fights Mrs. V’s son to try to keep him from moving Mrs. V to Alaska. The mystery in the story has to do with a relative of Wendy’s who disappeared in the early ’60s, and the mystery winds up involving two people in Wendy’s life in an unexpected way.

You must have a special place in your heart for teens. Are your books based on personal experience as a teen yourself, or perhaps the experiences of a daughter, niece, or neighbor, or are you just empathetic toward teens in general?

I drew on my own memories of youth, my daughter’s life experiences, and some of the insecurities and struggles I witnessed in the lives of many young people she or I knew. We both were devastated by suicides among her peers, and because of that, I chose to delicately address a teen suicide in book one, 8 Notes to a Nobody.

You have a third one in the series, too, right? Can you tell us a little about that one? Are all three books so far about the same characters?

Wendy remains a constant character because these are her stories now. David, Alice, Jennifer, Gayle, and Sam appear, recede at times, and come back in force. In book three, Wendy gets into some serious trouble at school. Jennifer, who was Wendy’s best friend in book one but receded into the background in book two, becomes a major character again in book three. And of course, there is another mystery.

How many books are planned for the series?

Write Integrity Press has three under contract for now, but I would like to keep writing about Wendy and have her advance in years until she graduates from high school.

Are you available for speaking engagements?

Yes, thank you for asking. There are so many variables regarding that, anyone interested should contact me through my website, cynthiaTtoney.com. (Be sure to include the middle initial T.)

You’re being published by Write Integrity Press. Where can we buy your books?

And finally, is there anything you’d like to tell your readers? Any advice? Please tell them why you consider them so valuable and why you devote so much of your life to writing about and for them.

Never give up on your dreams. Believe in yourself even if no other human being seems to. God loves you. And authors like me who write for teens wouldn’t do it if we didn’t care.

Thanks so much for being with us today, Cynthia. Can your readers contact you for answers to questions or information about your books? I’m sure they’d love to visit your website and your other social media sites. Can you give us those addresses?

I love to hear from readers, young and old. I can be reached at any of these:

Cynthia is a former advertising designer, marketing director, and interior decorator who holds a BA in art education with a minor in history. While employed by a large daily newspaper, she rewrote some ad copy without permission and got into trouble for it. At that point, she knew she was destined to become an author.

When she’s not cooking Cajun or Italian food, Cynthia writes historical and contemporary teen fiction containing elements of mystery and romance. Cynthia loves animal-shelter dogs and the friendly South from Georgia to Texas, where she resides with her husband and several canines.

Great interview, Deborah and Cynthia! It's fun to hear about your reasons and inspiration, Cynthia, behind writing this series. The plots sound intriguing and fun for teens! Just ordered a copy for our church library.

Thank you, Jerusha. I hope the book gets a good workout!