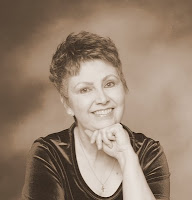 On average, I hurt myself about every twenty minutes. Round-the-clock. I can drift off to sleep relatively unscathed and awaken the next morning marred with colorful splotches, scratches, lumps, and perhaps one or two broken toes. I have no idea what I've done to myself. Discounting otherwordly abuse or alien abduction theories, common sense tells me I did it to myself while I was awake (rather than during my sleep as it appears), and just don't remember doing it. Experience (lots and lots of self-abusive experience) tells me I cannot be trusted with myself. My family agrees. I've been known to trip, slip, collapse, plunge, bounce, ram, and skid over, on, through, into, and against anything in my path. Or off the path. Doesn't matter.

Once I fell over while sitting astride a bicycle parked in our garage. One second I'm sitting there, feet on the floor, hands on the handlebars; the next I'm flat on the cement floor with my legs tangled in the spokes and my head just inches from a workbench that should have cracked my skull open. Another time I fell out of the shower--just standing still, lathering, no fancy turns, no dizzy spells, when bam! I'm flat on my back on the bathroom floor, the shower curtain billowing in my wake. Then there was the time in Alaska when I hurt myself running from a charging pregnant moose I was stalking... okay, I had that one coming.

My all-time best performance, however, had to be the "Great Sprawl." It was a Sunday morning and I was taking my daughter and her husband and my four grandsons out to breakfast. Before we could get inside the front door, I managed to nosedive, gracelessly, to the sidewalk. In the split-second it took me to land, I remember thinking, "This one's gonna hurt." And it did. I bounced--yes, bounced--off the concrete with my right cheekbone. Why I didn't break all my teeth or nose or neck or skull (or cheekbone, for that matter) is a matter of divine grace. There can be no other explanation. And of course, I could have done this in a stadium packed full of NFL fans on a Sunday afternoon, but no, I had to do it in front of an even bigger crowd--the Sunday morning gathering of post-church breakfast eaters at a Cracker Barrel in Kentucky.

While I lay sprawled, broken and bruised, dazed and dumbfounded on the hard concrete, my daughter and her husband hovering above my throbbing face asking me if I'd had a heart attack, the manager drifting in and out of my line of sight with pillows for my aching head and drinks and bananas for my four grandsons, the EMTs arrived. I convinced them I wasn't dying, just clumsy, and with my thanks, sent them away to tend to accident victims who, unlike me, didn't deserve what they got. After thirty minutes of staring at the sun and answering questions, I announced I was fine and more than anything in the world, wanted to stand up, brush myself off and get some breakfast. I needed coffee.

I limped into the store and up to the podium and asked for a table for seven. We were escorted through both dining rooms, past two hundred or so people trying not to stare at the crazy lady with the skid marks on her face and the legs bruised beyond repair, where we had a wonderful breakfast with lots of coffee.

For once, my clumsiness paid off. In what was probably an attempt to keep a lawsuit at bay, the manager picked up our check and told us our meal was on the house. We thanked him profusely and I assured him I did not hold the restaurant responsible for my show-stopping inelegance, that I had a history of spectacular spills. He seemed relieved and promptly refilled my coffee cup.

I thank God for watching over me when I can't be trusted to take care of myself. I can only imagine the number of times He's saved me from certain death--or broken bones, gouged eyes, a fractured skull, you name it; the many times I've been oblivious to His love and attention, those times He's kept watch over me like a shepherd watches over the one sheep who keeps getting lost. Or falls into the creek. Or over the cliff. In short, I thrill to His amazing grace in light of my amazing lack of grace.

I'm laughing! I can't help it. I think of the graceless moments I've had, looking up instead of down, falling on my face on the sidewalk because I didn't see that branch coming up, did I? All I could think of was the movie where she's looking at the Empire State Building. My view was of the crisp winter air in DC. Had to be angelic wings that kept me from maiming myself.