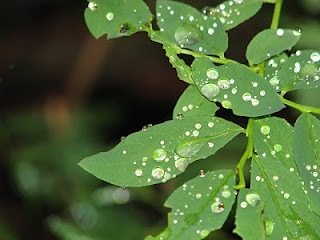 I've learned a lot during the past two weeks. For instance, I learned I can do things I never thought I could do (and live to tell the tales). If it were not for the encouragement of Darice, Ron, and Alan, I might never have enjoyed these special events. For starters, I rafted down a river, hiked long and arduous trails through the Alaskan countryside, drove the Parks Highway between Denali National Park to Anchorage, and in general, pushed myself beyond my pre-conceived physical and psychological limits. I'm not ready for hang-gliding or spelunking quite yet, but who knows? (Oh, who am I kidding? I'm never going to hang-glide or spelunk. Just got carried away with the possibilities, I guess.)
But I also learned some lessons that were less physical in nature. My brother surprised me with the gift of his Canon Powershot S5 IS camera, along with a phenomenal camera bag. I'd been admiring his camera and its attributes the entire time he was here; on his last night at our house, he made it mine, first making me promise I wouldn't refuse his gift. Without knowing the extent of his generosity, I accepted. I was floored at his gesture, speechless (and that doesn't happen often), and overjoyed. Alan and I share a mutual love of photography; in fact, it runs in the family. Both our parents enjoyed taking pictures, as does our sister, Shelley. As a whole, the Harpers seem to have a bent toward this wonderful hobby.
But Alan's gift to me extends even further than the obvious value of such an expensive camera and all it can do. He told me he's seen my work, believes in me, and knows I can (and will) use this superior piece of equipment to bring my photography skills to a higher level. I told him that owning this camera will change my life. And it will. Already I'm discovering how to capture the beauty of God's creation with my new camera. The photo above records just a tiny fraction of the intricacy found in the Alaskan rainforest we trekked through yesterday--sort of a "drop in the bucket" of all the things I'll now be able to discover and record.
Sometimes accepting gifts is difficult. We can't believe others think enough of us to give us something special. Perhaps we don't feel worthy. Maybe we're leery of selfless generosity--"What do they want in return? Is this too good to be true?". But when we accept the kind gestures of others, we're allowing them a chance to perform an act that's meaningful to both parties.
And so it is when we accept the gift of salvation from Jesus Christ. Unbelievable as it may be that He wants to do this for us, that He gave His life so we could live with Him for all eternity, that His offer is simple, binding, and eternal--it is, nevertheless, a gift He extends to us with the sincere hope we'll accept. When He holds out His hand for us to grasp, He too is saying, "Please accept my gift. Don't say 'no'."
I guess you could say that when we accept His gift of salvation, we become an important part of a much bigger picture.
Until the next time...
at July 22, 2010